Take the UK’s most awarded and in demand jazz singer Claire Martin; add the best jazz music arranger and accompanist, that’s Nikki Iles on piano; complete  the line up with the greatest and longest standing double bass great Dave Green and voila; you have the perfect Three’s Company recipe for two  sensational evenings of swinging music at London’s newest jazz cabaret venue, Piano Smithfield at The Barbican.

Making their individual and collective debuts at Piano Smithfield, this  Three’s Company concert by  Claire, Nikki and Dave is a unique opportunity for audiences to see these all time greats together, playing, improvising and creating unique swinging music, away from their often large venue appearances and instead captured in the intimate and compelling atmosphere of Piano Smithfield.

So book now to experience Three’s Company. You will be spellbound.

Claire has, to worldwide critical acclaim, established herself as a tour de force on the UK jazz scene gaining many awards, including winning the British Jazz Awards eight times during her career which spans over three decades. In 2018 she was the proud recipient of the BASCA Gold Badge Award for her contribution to jazz.

Claire has performed worldwide with her trio and, worked extensively with the late Sir Richard Rodney Bennett in a cabaret duo setting both in England and the US.

Her 2009 CD "A Modern Art" prompted Jazz Times USA to claim: “ She ranks among the four or five finest female jazz vocalists on the planet”. Her most recent album “Believin It”,  recorded with her  Swedish trio, has rated highly in the jazz charts

In June 2011 Claire was awarded an OBE for her Services to Jazz.

Over the last few years Nikki Iles has progressed into the front rank of British jazz musicians, culminating in her winning the British Jazz Awards Best Pianist 2018.

At eleven she won a Junior Exhibitioner’s Scholarship to the Royal Academy of Music, studying piano and clarinet, and was soon a member of the Bedfordshire Youth Jazz Orchestra.

Nikki’s busy performance schedule has not prevented her from developing a parallel career as a widely respected teacher. She has acted as a tutor at numerous workshops and summer schools around the world whilst maintaining active links with The Royal Academy of Music and

Playing highlights in the last couple of years have included The Julian Arguelles Octet, The Kenny Wheeler Big Band, Tony Coe and Tina May, ‘Renga’ with Rufus Reid. The Anglo / Canadian Quartet with Martin Speake,  Anthony Michelli and Duncan Hopkins trio with Jeff Williams, The Stan Sulzmann Big Band, Joe Locke and Neil Pursey. Claire Martin and Dave Holland in the tribute to Kenny Wheeler three years ago at the London Jazz Festival.

Nikki is a regular presence in JBGB Events concerts; not long again with the late and much lamented Tina May at The Pheasantry and in the London Jazz Festival the established 6 pianists and 2 pianos concert. Her Autumn 2021 concerts included presenting her unique composing and arranging skills with her 18-piece Jazz Orchestra and performing the music of Bill Evans with Norma Winstone, Stan  Sultzman and tonight’s bassist Dave Green at both The Pheasantry, in the London Jazz Festival and subsequently to sold out audiences at Pizza Express Jazz Club Soho

“Nikki Iles  is one of the most refreshing figures to have emerged in the UK in recent times with a liquid sound and supple, obliquely resolved phrasing as an improviser” - The Guardian

Dave Green is a legend among legends on the U.K. Jazz scene. After a long and successful career he remains the musician of choice for many jazz greats and his appearances in both live concerts and on recordings is second to none.

His first public performances were with his childhood friend - now the late  Charlie Watts in the late 1950s.

While performing with Humphrey Lyttelton from 1963 to 1983, he also played with the Don Rendell – Ian Carr band in the early 1960s, and went on to play with Stan Tracey.

In the early 1980s, he led his own group, Fingers, featuring Lol Coxhill, Bruce Turner and Michael Garrick. He regularly backed visiting US stars at Ronnie Scott's, including Coleman Hawkins, Ben Webster, Roland Kirk and Sonny Rollins. He has also performed and recorded with Dave Newton, Didier Lockwood and Spike Robinson.

Please join us for these unique Three’s Company October Friday 14th  and Saturday 15th concerts. You are in for a treat - guaranteed. 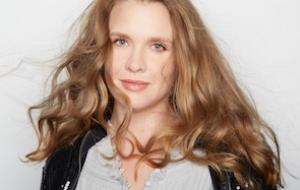 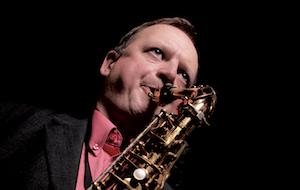 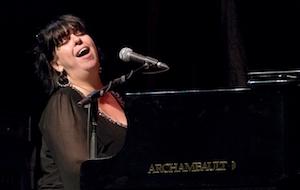 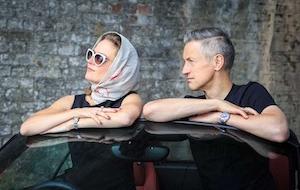