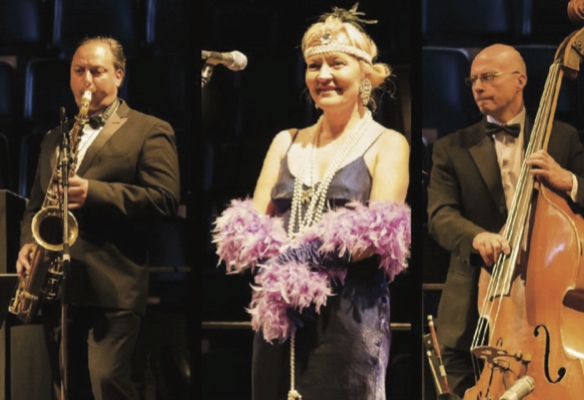 Following the success of their sold out early New Year concert, we welcome the prompt return of Jivin’ Miss Daisy for another concert of sparking music from the 1920’s to the 1960’s.

They are an ace All Stars 9-piece Band who always delight audiences with their renditions of songs from many great songwriters including Gershwin and Cole Porter, playing a wide range of swing & jazz music, ranging from Duke Ellington and Jimmie Lunceford in the 1920s, through Tommy Dorsey and Benny Goodman in the 1930s and 40s, to Ella and Basie in the 1950s and early 60s. in a guaranteed swinging jazz session.

Featuring Liz Fletcher and Malcolm Earle Smith in vocal numbers, along with popular instrumentals and solo spots, the band puts on a wonderful show, with plenty of favourites - and lesser-known gems - from the great songwriters, with original arrangements by bandleader Simon Thorpe, featuring some from the band’s new CD, “Whoop-De-Doo Songs”

Check out this fabulous band in the video below