Judy Garland and her daughter Liza Minnelli, created not only amazing and memorable solo performances, but also some of the most magical double act evenings across the world and especially “up the road” at The London Palladium.

Judy Garland achieved international stardom as an actress in both musical and dramatic roles, as a recording artist and on the concert stage. The films “A Star Is Born” and “The Wizard of Oz” and the song “Somewhere Over The Rainbow” are forever her properties.

Her daughter Liza Minnelli, not only a great actress and singer, but also dancer, created her own anthems including “New York, New York” and “Maybe This Time” plus her Oscar winning triumph in “Cabaret”.

Tonight, accomplished singer Trudy Kerr, fresh from her triumphant evenings at both The Crazy Coqs and The Pheasantry, showcasing the music of Doris Day, is joined by her young daughter Ruby Gascoyne, to reprise a most successful Judy and Liza 2021 show creating , in their own individual styles, some of the musical magic that comes only from close family performances

Trudy got her big break when Ronnie Scott asked her to perform at his Club and her career grew from there. She has performed at many major venues and festivals in the UK as well as engagements in Europe, her homeland Australia and the Far East

Trudy has released ten albums on the Jazzizit Record Label and has collaborated both live and in the studio with a legion of world class musicians.

Ruby Gascoyne, Trudy’s daughter is a student at the BRIT School of Performing Arts and Technology, studying Musical Theatre, and made her professional debut at The Crazy Coqs in 2020, additionally performing there in 2021 as a guest with the Darius Brubeck Quartet.

Accompanying Trudy and Ruby are the established music legends Tom Cawley on piano and Geoff Gascoyne on double bass. 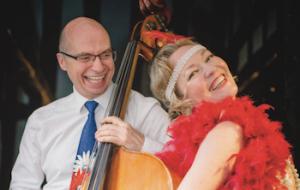 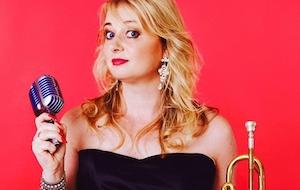 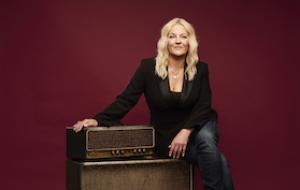 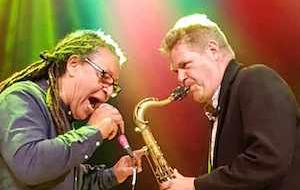 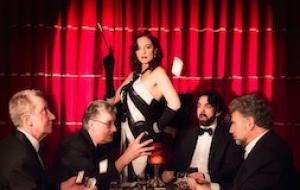