After the pandemic forced the 2021 concert cancellation, Julian and Jason are back in town!

The most talked about, award winning piano maestros Julian Joseph and Jason Rebello return to Dean Street for two concerts, with another 2 pianos extravaganza to delight not only piano fans but for anyone who likes their jazz to be creative, imaginative and improvised..

Over 25 years ago in 1995, at London’s revered Wigmore Hall, the renowned jazz pianist Julian Joseph hosted a series of sold out jazz concert partnerships, one evening of which was a two piano concert with Jason Rebello. That concert is still talked about as one of London’s greatest jazz experiences. The recording of Julian and Jason’s 12-minute improvised rendition of Herbie Hancock’s “Maiden Voyage” bears repeated listening as a classic experience of two jazz masters, not only playing brilliantly as individual pianists, but also listening, interacting and responding together.

Twenty three years later JBGB Events were thrilled to bring Julian and Jason together again at Pizza Express Jazz Club in Soho for The Steinway Two-pianos Festival 2019 for their first reunion, not to recreate the past but to excite and entertain with their current brilliant jazz skills moulded into one unique performance.

They performed so brilliantly together to a wildly appreciative packed out audience that we had no hesitation in extending the invitation to perform again in 2020, not just for one performance but, to satisfy the audience demand, for two concerts.

And after a two year wait they are back in town in March 2022. Don’t delay booking your tickets for these high demand concerts.

See a taste of this fabulous artist

Jason was classically trained beginning at age 19 at Guildhall School of Music and Drama. He emerged in the late 1980s as an original, innovative jazz pianist influenced by Herbie Hancock and McCoy Tyner. In his early 20s he recorded three solo albums, beginning with his outstanding debut album, A Clearer View (1990), which was produced by Wayne Shorter and is a “must have” in any collection of great jazz albums. He also worked with Jean Toussaint, Tommy Smith, and Branford Marsalis.

In his mid-20s Jason took a break from music to pursue interests in Buddhism. He later stated, "I think this was because I was enjoying a level of success that made me feel increasingly alienated."

He was voted Best Pianist in the 2017 British Jazz Awards and appeared in the “2 Pianos, 6 Pianists” London Jazz Festival Concert at The Other Palace in 2018. Jason is now the regular accompanist to award winning vocalist Clare Teal and teaches music at his alma mater, Guildhall School of Music and Bath Spa University.

Enjoy a taste of this amazing music here.

“This was such fun last time, I can’t wait to do it again” – Julian Joseph 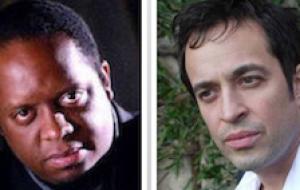 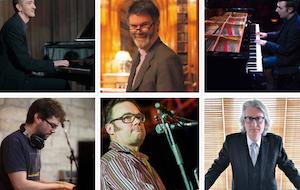