Arriving from the US for her U.K. debut and tour, opening her concert series at Pizza Express Live, Maidstone, we welcome Janet Planet,  the  sultry vocalist with a vast repertoire of jazz, blues, and standards…with some Bob Dylan thrown in for good measure.

This concert marks the international launch of Janet’s latest show, paying homage to the iconic 1962 Capitol Records release of Nancy Wilson and Cannonball Adderley featuring songs from that album, “Happy Talk”, “The Masquerade Is Over” “Unit 7” and so many more, supported by saxophonist and husband Tom Washatka with an all star U.K. trio of Robin Aspland – piano, Geoff Gascoyne – double bass & Matt Home - drums

In 2017 Planet was acknowledged by the GRAMMY Foundation for her recording “Janet Planet – Just Like A Woman – The Music Of Bob Dylan”.

Janet’s determination and creative output continues to take her around the world through her recordings and live performances. with tours across the U.S., Canada, Japan, Russia, South Africa and Europe.

She  leaves listeners assured that there is a soul in this “Planet”.

“There are so many singers in the business today, it’s a pleasure to hear someone who knows what singing is all about” – Steve Allen 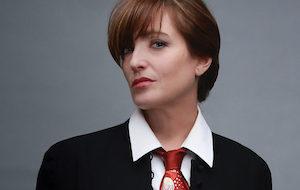