The 120 strong Civil Service Choir, with the Tom Green Orchestra, conducted by Stephen Hall with Soprano Soloist Tina May

Performing Will Todd’s Mass In Blue,

MASS IN BLUE by Will Todd

Mass in Blue, first performed in 2003, was an immediate success with choirs and audiences alike. It has been given more than a hundred performances and is now an established part of the choral repertoire.

The secret of its success lies in its fidelity to two very different musical traditions: that of the sung Mass, one of the oldest forms of European music whose evolution indeed co-incides with the development of classical music as we know it: and that of the Blues, a distinct form of African-American music that came into prominence in the nineteenth century and paved the way for jazz.

Will Todd’s Mass keeps to the text and the now traditional six-section division of the sung Catholic Mass. Kyrie, Gloria, Credo, Sanctus, Benedictus and Agnus Dei. His only significant departure is right at the end, where the words ‘Dona nobis pacem’ (‘Grant us peace’) invite a quiet conclusion, more resignation than triumph. He departs from custom by returning to the Credo where the words affirm belief in the resurrection of the dead and the life everlasting. This provides a satisfying conclusion without making the music go against the meaning of the words.

The  largest and most thriving choir in the Civil Service, with over 150 members drawn from government departments and agencies in Westminster, and with a reputation for remarkable performances.

Recent concerts include parts 1 and 6 of Bach’s Christmas Oratorio,  Bob Chilcott’s A Little Jazz Mass and Will Todd’s Songs of Love and his arrangement of Amazing Grace in the London Jazz Festival, with Ola Gjeilo’s Sunrise Mass i and Schubert’s two settings of the Stabat Mater, Mozart’s Great Mass in C minor, Beethoven’s Mass in C, and Poulenc’s Stabat Mater.

“If anyone needed further proof that singing can bring people together and transform our lives, look no further than the Civil Service Choir! Their enthusiasm and sheer enjoyment of performing is infectious, in addition to their commitment and diligence in entertaining their audience with truly heartening performances.”  - Ben Parry – Artistic Director of National Youth Choirs of Great Britain & Assistant Director of Music, King’s College, Cambridge

Tom Green is a London-based trombonist, composer, arranger and improviser working primarily in the fields of jazz and contemporary music.

Winner of the Dankworth Prize for Jazz Composition and Eddie Harvey Arranger's Award, he performs regularly around the UK as well as writing for his own projects and other ensembles, and has performed at prestigious venues and festivals including Wigmore Hall and the Montreal Jazz Festival and most recently with the Royal Academy Alumni concert of the Gil Evans Miles Davis arrangements of Porgy and Bess in the 2019 EFG London Jazz Festival.

"A band with big sound, and big prospects" John Fordham — The Guardian

"Mighty impressive... this band is one to look out for" — Ivan Hewett, The Telegraph

One of the all time great British Jazz singers who has been entertaining audiences here and internationally with her infectious style and a voice of compelling lightness of touch, described as a “unique instrument of wide range and sensitivity”.

The British vocal ensemble VOCES8 is proud to inspire people through music and share the joy of singing. Touring globally, the group performs an extensive repertory both in its a cappella concerts and in collaborations with leading orchestras, conductors and soloists. Versatility and a celebration of diverse musical expression are central to the ensemble's performance and education ethos.

VOCES 8 has performed at many notable venues including Wigmore Hall, Bridgewater Hall, Elbphilharmonie, Cité de la Musique, Vienna Konzerthaus, Tokyo Opera City, NCPA Beijing, Sydney Opera House, Mariinsky Theatre Concert Hall, Victoria Concert Hall Singapore, Palacio de Bellas Artes Mexico City and many others. As the group celebrates its 15th season they will perform in fourteen countries in the UK and across Europe, in Russia, in the USA and Japan, as well as make its debut visit to New Zealand. Keen musical collaborators, this season will see concerts with the Academy of Ancient Music, the Mahler Chamber Orchestra, and with baroque violinist Rachel Podger, with whom the critically acclaimed ‘Guardian Angel’ project will continue.

With an on-going programme of recordings, videos and live broadcasts, VOCES 8 is heard regularly on albums, international television and radio, as well as maintaining a vibrant web performance presence.

“The singing of VOCES 8 is impeccable in its quality of tone and balance. They bring a new dimension to the word 'ensemble' with meticulous timing and tuning." -  Gramophone 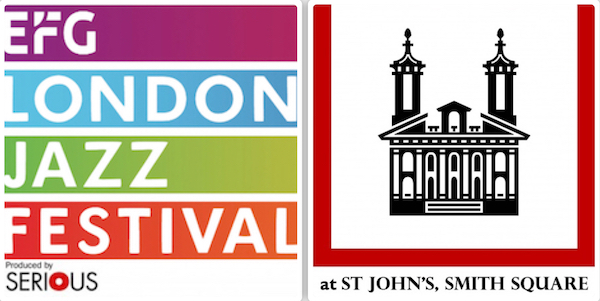 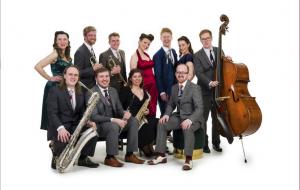 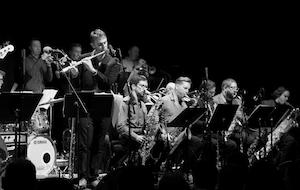